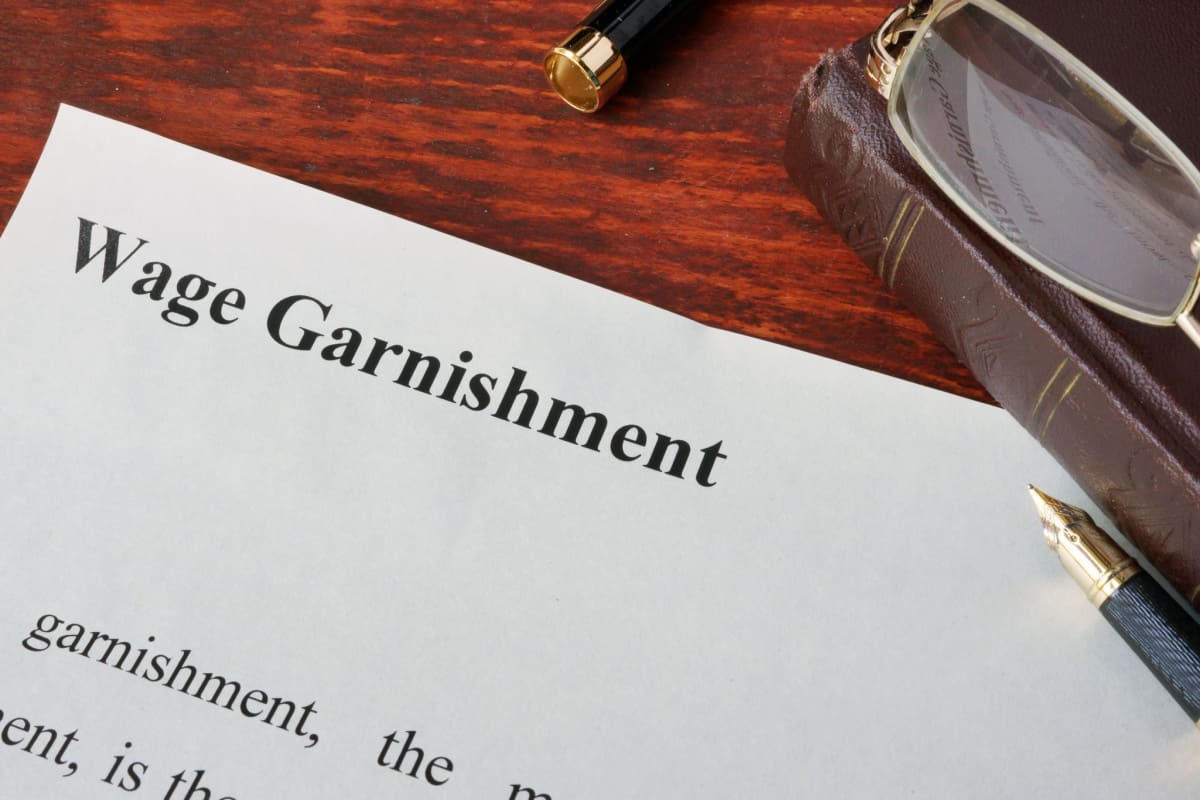 When the pandemic stimulus checks went out, many parents who pay child support got a nasty surprise. The money they were counting on for debt, food, gas, and other vital expenses was clawed back by the state of California as garnishments for child support. Sacramento parent Stacy Estes had planned to buy a car with his check so he could stop using his fiancee’s vehicle, but that dream was dashed by what some call a harsh policy.

Additional financial sources such as the stimulus check are not the only income that is affected. Unemployment can also be reduced so drastically that non-custodial parents may not have enough to meet their own needs. When child support debt keeps individuals from being able to keep their heads above water, it’s time to examine how to stop child support wage garnishments.

How Wage Garnishment Works in California

When parents no longer live together, the non-custodial parent (obligor) is often ordered to pay child support to cover food, clothing, shelter, and other costs for the child. The money is paid to the custodial parent (obligee) and can take the form of garnishment on the obligor’s wages. This is meant to ensure the support is paid in full and on time if the parents do not come to some other arrangement.

If the obligor fails to pay child support when they have the means to do so, they can be found in contempt of court. When this happens, the parent can face jail time and hefty fines on top of unpaid child support. California accrues interest on late payments and applies any new payments to the oldest missed payment.

When the non-custodial parent experiences a pay cut or loses their job, they should request a change to the support order rather than not paying the support. Doing so can reduce what is owed, although the state will initiate a new wage garnishment when the obligor either draws unemployment or takes a new job.

In California, the non-custodial parent is legally required to pay child support until the child turns 18 and graduates from high school, or turns 19. There are exceptions to this standard:

To officially end child support garnishments, the non-custodial parent must petition the family court in the county where the original order was issued. They must complete an Ex Parte Application to Issue, Modify, or Terminate an Earnings Assignment Order detailing why they are asking for the wage garnishment termination. The termination is usually granted if the obligor is up to date on payments and any of the events listed above have occurred.

Is wage garnishment for child support a good thing or a bad thing? The answer to that depends on whose point of view is being considered. For the obligee, it can mean the ability to provide a better life for their children on a smaller, single salary. For the obligor, they can have the knowledge that their kids are being supported. But it can also be a double-edged sword in states like California.

The Golden State is famously aggressive in enforcing child support orders and doesn’t shy away from putting the children’s interests first. On the surface, this seems like common sense. Still, it can backfire in situations such as Stacy Estes’, where excessive garnishment keeps him from bettering his economic situation and, by extension, his children’s.

The state will garnish a standard amount of around 25 percent of wages. When the obligor is supporting another person who isn’t in the child support order (such as a significant other but not a domestic partner or spouse), they may see up to 50 percent of their disposable income affected. And if an obligor does not have another spouse or other children to support, California may order up to 60 percent garnishment on their pay. Falling behind on payments can add another 5 percent when the obligor is late by more than 12 weeks. As mentioned earlier, simply failing to pay child support won’t end the legal obligation. Losing a job or pay doesn’t mean the amount owed is decreased without action on the part of the obligor. Understanding the process and ensuring it’s followed correctly can prevent significant debt from accruing.

There are dozens of factors that affect how a child support order is originally written and rewritten in the future. Understanding how those apply to each case can be confusing when a parent is trying to do the best for everyone involved. For example, court orders can be adjusted when any of these circumstances occur:

While parents are often able to come to an agreement about payments between themselves, California still requires that a local child support agency mediate the negotiations. When parents are not able to agree, the family court will issue rulings on initial payment rules, as well as on any changes from the circumstances listed above.

Family law is very complicated, and every case is completely unique. It is critical to consult with someone who can assess your situation and compare it to California’s statutes and precedents. A skilled family law attorney can advise parents on how to balance the obligation of paying for their child’s needs with ensuring they can still hold down their own homes and jobs. Get started today by contacting us online or calling 949-438-3886.